In 2008, our country was faced with one of the worse economic downturns in our 250 year history. Couple this with the political winds of change, many of us in Hanover County, VA, who understand that economic freedom is critical to promoting opportunity for all citizens of the United States, became very concerned about the direction of our country.

In early 2009, Bob Bailie, a successful businessman from Mechanicsville VA, assembled a group of his friends to share his ideas on how we as citizens could help to advance freedom for all. From that meeting, the Middle Resolution was formed. The idea that there is a wide political spectrum ranging from tyranny to anarchy and that the Declaration of Independence and the United States Constitution are the proper balance of those political extremes became the catalyst for our name. We are resolved to find that ideological balance so brilliantly created by our Founders.

Our mission has been to identify and elect qualified candidates, collaborate on free market policies and hold leaders accountable.

Since engaging in our first elections in 2009, we have helped over 30 pro-freedom candidates get elected to office. Collaborating with legislators, grassroots, stakeholders and engaged citizens, we have promoted and helped passed policies that have improved the lives of all Virginians.

Looking to the future, our vision is to continue to impact Virginia in a way that advances positive economic change so that every Virginian can reach their potential and can contribute to a strong civil society.

Chairman and Founder of the Whitlock Group (Retired)

Chief of Staff, Senior Advisor and Campaign Manager for Congressman Dave Brat from 2014 to 2018, Campaign Advisor of Middle Resolution 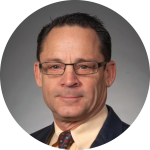 Craig initially directed the Middle Resolution’s legislative initiatives where he worked to promote public policy focused on the expansion of free market economics in healthcare and education. Craig was instrumental in leading a coalition of healthcare policy experts to provide healthcare alternatives and prevent further expansion of government into the healthcare arena. Craig was also intimately involved in legislation to offer parents education options through tax credits and other initiatives to provide more choice for all students regardless of income levels.

In 2016, Craig became the President of The Middle Resolution overseeing campaign operations, legislative initiatives and accountability to the voters. Since its inception, The Middle Resolution has won 10 of 15 candidate nomination contests, 23 of 28 general elections along with driving legislative efforts in education, healthcare and election law.

After completing her M.B.A at the College of William & Mary in Williamsburg, VA, Cate Bach joined our team here at The Middle Resolution in 2010.

Cate has an eye for detail and follows the numbers like a hawk.  She thrives in a team environment working well in any circumstance. Cate is honored to work with such talented and passionate people that Middle Resolution has attracted over the years.

Working efficiently and effectively, the team along with Cate, has been able to accomplish great things in Virginia…and we’re just getting started! 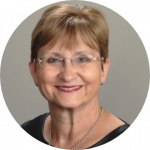 Nancy Smith is currently the Political Director for Middle Resolution PAC based in Hanover County, Virginia. Nancy was the campaign manager for the Bob Good for Congress campaign in 2020 and served as campaign manager for Dave Brat’s Congressional re-election campaign in 2016 as well as his Deputy Campaign Manager in 2014. Nancy has worked on local and state races as well as grassroots conservative causes in Virginia over the last decade. Nancy retired from Henrico County Public Schools in 2011 having served as the department chair for the program for Deaf and Hard of Hearing students and lead Audiologist for the school division. Nancy graduated from Mary Washington College and the University of Virginia with a bachelor’s degree and holds a Masters Degree from James Madison University. 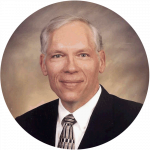 Kris has worked as a management consultant to both private and public sector clients in the power generation, information technology, pharmaceutical, and post-secondary education markets. He has built and sold two successful businesses and has held executive-level positions in privately- and publicly-held corporations. Kris also served our country as a nuclear submarine officer in the United States Navy. 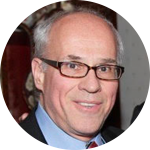 Phil has impressive experience in free market economies particularly within countries that practice socialist and communist ideologies. He was employed from 1976 to 2009 for an international manufacturer of high-tech polymer structures. Among his responsibilities were Managing Director Western Europe, Managing Director Asia Pacific, Director of Argentina Operations and Executive HR director in addition to extensive international M&A activities.

In 2009, he retired, became an activist member within the Tea Party movement in Richmond, VA and later becoming engaged in politics. Among his many roles in the political arena, he was Chief of Staff, Senior Advisor and Campaign Manager for Congressman Dave Brat from 2014 to 2018. Phil also served on the legislative staff for state Senator Bill Stanley.

Phil is presently serving as a campaign advisor to The Middle Resolution and sits on their Board of Directors.

It's Up to You: We rely on the generous support of people like you to help support candidates across Virginia.