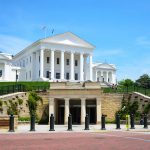 The Middle Resolution is committed to identifying and electing qualified candidates who align with core conservative principles, advancing public policy that promotes the proper role of government in education, healthcare and election law, and holding leaders accountable to their promises to their constituents.

We evaluate candidates running for office and put them through an extensive vetting process. We endorse the candidates who hold our core conservative values who are running the strongest campaigns.

The Middle Resolution PAC is proud to announce its endorsement of Glenn Youngkin for Governor. We believe that Mr. Youngkin’s entry into the Gubernatorial race, having run a large multi-national company, has prepared him to take on the responsibility of running Virginia’s state government. A native Virginian, Mr. Youngkin provides a unique combination of a commitment to his home state, his top-level business and leadership experience and his understanding of the rich history and founding principles of our Commonwealth.

Mr. Youngkin can be counted on to earn support from both the large and small business communities while streamlining core government functions and building efficiencies that are sorely needed. Under Democrat leadership, Virginia has continued to lose it’s once solid ranking in business, ceding ground to neighboring states. Businesses and families are leaving Virginia in greater numbers causing a negative migration. Under the leadership of a Governor Youngkin, we believe that decline can and will be reversed.

Mr. Youngkin is also keenly aware of the assault on our fundamental freedoms which Virginians have seen erode under Democrat control. He is prepared to confront the abuses of our 1st and 2nd amendment rights as well as join fellow Republican Governors who are confronting the Biden administration’s overarching demand for more and more federal control using the 10th Amendment as a bulwark.

Finally, Mr. Youngkin is running a strong convention organization. We believe it will parallel and exceed what is anticipated to be a heavily funded Democrat challenger. Of course, this race has national implications for the 2022 Congressional races and it is imperative we win!

We invite you to join us in supporting this outstanding candidate as the Republican nominee to be the next Governor of Virginia!

Middle Resolution PAC has selected Mr. Jason Miyares as it’s candidate to endorse in a strong field for Virginia’s Attorney General. Mr. Miyares has put together a competitive organization and is positioned to run a strong race against a Democrat challenger in the General election. Mr. Miyares prior experience as a delegate in the General Assembly and his legal background have prepared him to take on the challenges concerning the Virginia Constitution and the Democrat’s attack on our 1st and 2nd amendment rights. We believe that Mr. Miyares will add depth to a strong ticket of Republicans running for the top offices in Virginia. We ask that you join us in voting for Mr. Miyares at the convention on May 8th.

The Middle Resolution is proud to announce our endorsement of Winsome Sears for Lieutenant Governor. Mrs. Sears has a solid background as a small business owner and a former Delegate in the General Assembly as well as having served our country in the United States Marine Corps. Mrs. Sears speaks forthrightly to the complex issues facing our Commonwealth as the daughter of parents who migrated to the United States and who instilled in her an unwavering respect for individual liberty and freedom. Mrs. Sears will complement a strong ticket of conservatives as the Republican nominee for the office of Lieutenant Governor and we are pleased to endorse her candidacy. We invite you to join us in supporting her with your vote at the convention on May 8th!

We interview the candidates and evaluate their campaigns to determine which candidates align with our values and are running campaigns we believe can win.

We partner with campaigns and provide assistance as needed as early as possible to ensure candidates are well supported throughout the race. 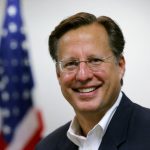 I am proud to be on the The Middle Resolution board. They are good people and good friends who believe in the right things. They have been a force in politics before my election in 2014. They vet candidates with core conservative principles, help run campaigns and get candidates elected. They represent WE the American People and NOT special interests. They follow principle, NOT money. Everyone needs to get involved NOW!

Keep up to date with the latest information from Middle Resolution

Under Attorney General Miyares, schools will be open!

It's Up to You: We rely on the generous support of people like you to help support candidates across Virginia.